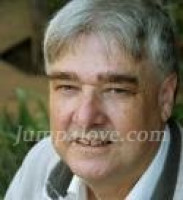 Ken Randall
I am versatile and can turn my hand to anything. I have been a newsletter editor and had articles published on a website.

This is an article I wrote for a website similar to this one:

"Welder watches are the creation of Italo Fontana, who, as the name implies, is Italian. They are pitched at millenials, and debuted, appropriately, around the year 2000, the same time as the millenials. The motto is ‘’you define your own terms’’. Another way of putting it is “seeking for a new way of doing, daring to look different, promising new experiences”. Boldness, in other words. On the website (www.welderwatch.com) the ranks of “The Gang” stare out undaunted, displaying the obligatory watch via a cross-chested, close-fisted salute. Watch and soul are one.

The design has been described as industrial, or perhaps chunky, with an up-to-date unisex design. Defining your own terms perhaps includes not being shackled by gender. They can be square or round. Some are three-in-ones, showing three time zones. They come in different colours, too, and the newest ones have interchangeable fillers for a flexible colour. Even the hour markings can be red or yellow instead of boring black. Differentiated, in short. They are water-resistant as well, unless you are a deep-sea diver. They definitely occupy the full wrist.

The date display is on the left, and so is the crown – the latter allows the wrist to move more freely and especially suits left-handers. The dials have been described as three-dimensional, perhaps representing the dimensions of time and space; perhaps indicating the depth of the soul, to return to the “watch and soul are one” theme. Mineral glass is used for the cover, rather than sapphire. Mineral glass is still better than plastic, though.

The watches are not actually cheap, mostly in the hundreds of British pounds, but neither are they ridiculously expensive. Watches are about more than just telling the time. Time is money, after all, but perhaps watches provide an insight into that proverb from the other way around. Despite the advertising’s attempt at a unisex image, they seem to be mainly the domain of males, being popular among professional Rugby players. "

This is something else I wrote suitable for a Health & Beauty website:

"Grey hair is a bugbear. Someone said of seventy-year-old black-haired President Reagan 'if he does not dye his hair, I suppose he must bleach his face'.

Excess Hydrogen Peroxide blocks melanin from tinting hair its natural colour. So you would expect that clearing it restores colour.

The enzyme catalase clears it. Its production reduces with age, though. As is often the case, you can look to fruit and vegetables for help. Catalase is found in the vegetables leeks, onions, radishes, kale, carrots, spinach, cucumbers, parsnips, celery and red cabbage. In fruit, too, such as pineapple, cherries, apricots, bananas, watermelon, kiwi and peaches (but unprocessed). You can add foods containing vitamin B12 (beef liver, sardines, yoghurt) and copper (beef liver too, lentils, almonds).

As well as adding catalase, subtracting smoking and alcohol keeps levels up.

An ounce of prevention is worth a pound of cure. If you already have grey hair, catalase tablets are on the market, and also available are natural remedies (not commercial hair dye that can cause bladder cancer). .

Some work from the inside out by reducing hydrogen peroxide. One is pureed onion applied to the hair. Significantly, onion contains catalase.Others feature coconut oil, almond oil and Indian gooseberry.

Others work from the outside in. Numbered among them are black tea and sage mixed with water (sage tea) applied to hair. They do not restore natural colour but give a tea or sage colour tint.

One or more of the above may banish your grey hair. Of course, there are no guarantees."

This is a thread I created on an Internet forum:

"Some people think: "I am ashamed that I have social phobia".

That is unnecessary. What are the causes? Well, broadly, they are:

. shortage of neurotransmitters dopamine and serotonin in the brain . family history

. creativity . a sense of morality . perfectionism . a sense of responsibility . imagination . intelligence . being a Highly Sensitive Person (HSP)

. experiences out of your control

Genetics: the first two points are not your fault.

Traits predisposing to anxiety conditions: they are positive, just taken too far sometimes. Creativity is positive; a sense of morality is positive; perfectionism is positive in certain circumstances e.g. medicine; the opposite of a sense of responsibility is irresponsibility; imagination is positive, just taken too far in focussing on what might happen rather than what is likely to happen. The opposite of concern about being judged is callous indifference to everything: a psychopath. I doubt any psychopaths have social phobia. If everyone were a highly sensitive person, you would have a workable world; if everyone were totally insensitive, then you would not have a workable world.

Experiences were out of your control. They usually occur early, when you have not grown up yet and lack experience to mobilise against them. Their effects tend to take root in virgin soil, and persist irrespective whether circumstances change. That applies to everyone. The Chinese used to bind girls' feet to prevent them from growing - they did not start growing later when the binding was removed.

Without outside intervention, there was not much you could do about a dysfunctional family situation. The same applies to bullying in school or within the family. These are both situations where you were necessarily at a disadvantage. Not only that, the effects were severe. So it is hardly surprising that they have a significant impact. The nervous system operates on the basis that it is better to mistake a stick for a snake than vice versa. Hence your reaction to the worst situation you have experienced tends to become the benchmark even if the objective circumstances have changed.

Environment is also outside your control.

Had you had different genes, or been switched in the hospital at birth - and hence had different experiences - things would have turned out differently. If you change the result by changing factors outside your control, then the result is not your fault.

Being ashamed is a barrier to improving matters, since it makes you think you deserve it. It is one of the ways social phobia tries to defend itself. You are not social phobia; it does not define you: social phobia is a medical condition just as influenza is. "

This is an article of mine published on a website:

0%
By clients who reviewed

Ken Randall has not received any reviews.
View all reviews